The Chivalrous Crickets is an exciting young band
exploring the roots, branches, and crossroads of Celtic, English, and American folk music,
with a focus on boldly reimagined arrangements of standards,
and original songs with traditional influence.

Formed in 2018, the east coast-based American group brings their backgrounds in traditional
Irish, English, Appalachian, popular, and early Classical (Medieval, Renaissance, Baroque) music to
the stage and the studio in an exhilarating blend of instrumental timbers,
lavish vocal harmonies, and rich history treated with creative twists.
​
The Crickets specialize in using recreation historical and orchestral instruments,
as well as the usual suspects, in their arrangements. Some of these include various lutes,
​a Renaissance bassoon called a dulcian, an early Spanish guitar, and Medieval German pipes.
Support the Crickets with a monthly chirp! Give as little as $3, follow the Patreon link to donate.
Enjoy all the convenience of our content on Spotify, Apple Music, and YouTube while directly supporting the band.
Become a Patron! 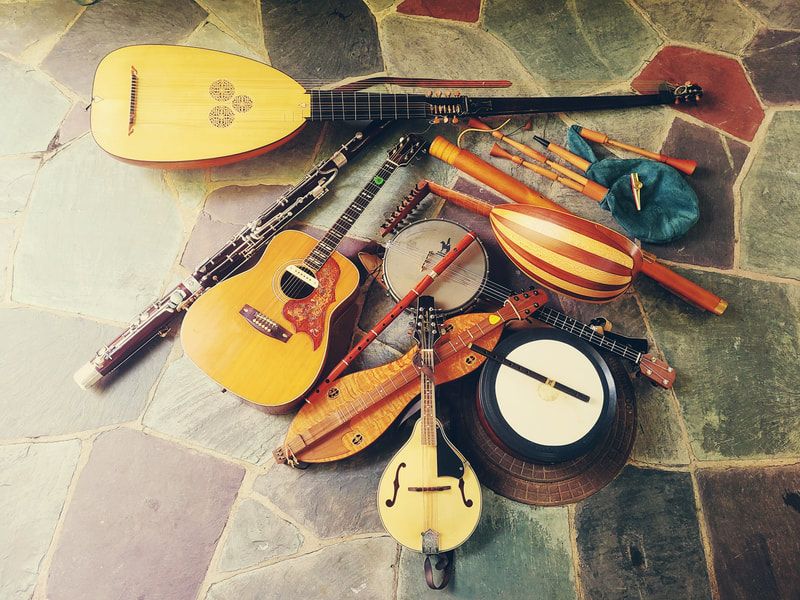 tax-deductible donations to the Crickets are possible via
Fiona's artist membership with Fractured Atlas Fiscal Sponsorship.
​
​Contact: chivalrouscrickets@gmail.com
Facebook: Chivalrous Crickets
Instagram: @chivalrouscrickets
The cricket, as described in the Medieval Bestiary, is "an animal that loves to sing, forgetting all else".
We often find ourselves sitting around a table in New York, Pennsylvania, and Ohio for hours
​working on arrangements, forgetting all else but the music and the friendship.